10 Movies You Didn’t Know Were Filmed in South Carolina 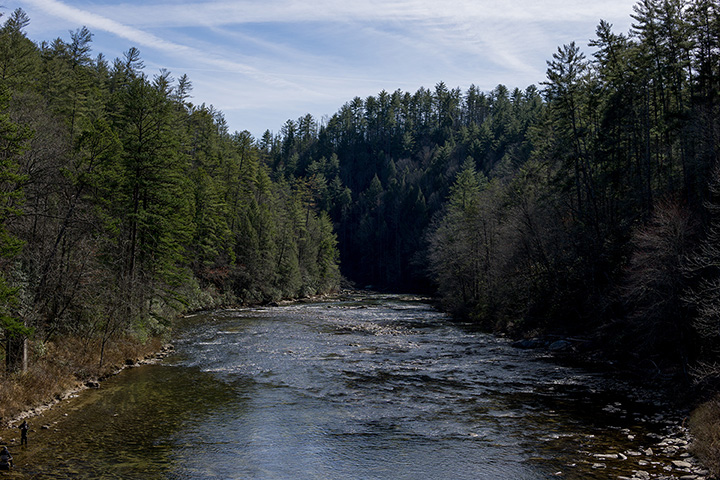 Hollywood isn’t the only place where you hear the echoes of “Lights, camera, action!” From the warm, sandy coast to the crest of the Blue Ridge Mountains, the Palmetto State has provided the backdrop for dozens of silver screen blockbusters. In case you didn’t know, here are 10 movies filmed in South Carolina.

Based on the best-selling novel by Nicholas Sparks, “The Notebook” was shot in various places throughout the Lowcountry. Some of the more well recognized sites include the iconic Boone Hall Plantation, College of Charleston, Wadmalaw Island, and King Street. The fictitious town of Seabrook, South Carolina, where the movie is set, is actually a town called Mount Pleasant.

While much of the river scenes in “Deliverance” were filmed on the Chattooga River, which splits Georgia and Upstate South Carolina, several scenes were also shot on beautiful Lake Jocassee in Oconee County. The movie popularized the Chattooga River as a prime rafting destination. But the area can be very dangerous, so be safe!

Perhaps one of South Carolina’s most notable films, much of the history displayed in “The Patriot” actually took place in the state during the Revolutionary War. Starring Mel Gibson and Heath Ledger, you can spot scenery from Botany Bay, Rock Hill, Middleton Place Plantation, Darby Farm, Cypress Gardens, and Fort Lawn, among others.

Myrtle Beach has long been a popular locale for bachelor and bachelorette party weekends, but perhaps one of the most famous takes place in the 1989 movie “Shag.” It shouldn’t be much of a surprise that this hit was filmed in spots around Myrtle Beach, Florence, and Georgetown. The Carolina Shag, a popular dance to beach music, originated in South Carolina and is the official dance of the state.

Cuba Gooding Jr and Skeet Ulrich made appearances in upstate South Carolina to film “Chill Factor,” a 1999 action flick centering on preventing a biochemical weapon from falling into the wrong hands. The diner scenes were filmed in the quiet town of Liberty, while some of the more action packed scenes took place at Bad Creek Hydroelectric Station just north of Salem.

While the first “Magic Mike” movie took place in Miami, the ending hinted at a road trip to Myrtle Beach, which is exactly where film crews set up shop for the sequel. While much of the movie was shot in Georgia, the final scene took place on Myrtle Beach’s boardwalk.

Filmed in various places around South Carolina’s Lowcountry, “Forrest Gump” follows the life adventures of a mentally-challenged man as he proves that anything is possible. Some of the most recognizable South Carolina landmarks in the movie include the Woods Memorial Bridge in Beaufort, the Ports Authority Terminal in Port St Royal, Ocean Creek Golf Course on Fripp Island, Hunting Island near the marsh walk, downtown Varnville, and Coosaw Marine.

This biographical film was shot mostly in Walterboro, South Carolina, even though the real life “Radio” hails from Anderson, about 200 miles away. It is based on the true story of T.L. Hanna High School football coach Harold Jones (Ed Harris) and mentally challenged James Robert “Radio” Kennedy (Cuba Gooding Jr.). It is the second time Gooding Jr. has filmed a major movie in the Palmetto State.

More than 40 years after filming “Deliverance,” Burt Reynolds returned to South Carolina to film scenes for his newest movie, “Elbow Grease.” Cameras rolled in the small upstate town of Seneca, using historic Ram Cat Alley as one of their backdrops.