The 15 Coolest Houses in South Carolina! 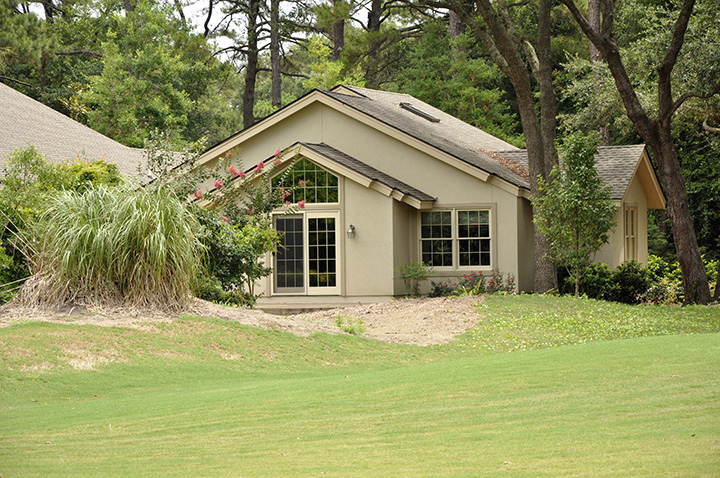 Every home holds a story within its walls—one of historical significance, family gatherings, and architectural magnificence. We’re told not to judge a book by its cover, but no one said anything about houses! Here are 15 houses in South Carolina that you should definitely take a closer look at.

No, the aliens aren’t invading… or are they? This UFO-shaped house sits near the Gulf Stream Cafe on South Waccamaw Drive, just a short walk to the ocean. However, it looks too well rooted to be considered a real space vehicle. And yes, people do live in it, at least part of the year.

What’s prettier than a bright pastel house on the waterfront? How about 13 of them in a row? Rainbow Row began as a line of pastel pink houses purchased and painted by Judge Lionel Legge and his wife, Dorothy, in 1931. Going forward, others have taken their lead and soon emerged an entire pastel rainbow of houses on East Bay Street, overlooking the Cooper River.

Rainbow Row isn’t Charleston’s brightest idea in housing. The single Pink House on Chalmer’s Street has attracted tourists and locals alike due to its bright pink exterior. This charming building is thought to have been constructed in 1712, making it the oldest standing building in historic Charleston. Though having been painted its bright pink hue, its natural color was also pink, thanks to the coral limestone used in its construction.

With a view of Paris Mountain like the one from this castle, one can’t help but to feel like royalty. Built in 1902 for a German baroness, the castle on Paris Mountain was recently sold for nearly $2 million. Just like from a fairytale, this ivy-covered abode features all the unique details and fineries you’d expect from a castle, along with nearly 30 acres of peace and quiet.

Also known as the Eye of the Storm, this round-top dwelling is every bit as odd as it is practical. Situated in a hurricane prone region, the people behind the project wanted to build a home impervious to the damaging storms should they come barreling through. They had already lost one home to Hurricane Hugo, and wanted to avoid future tragedies. The result is nothing short of awe-inspiring.

This little piece of Charleston history once served as a guardian for Charleston Harbor, with the help of nearby Forts Sumter and Moultrie. Its function has changed throughout its history, serving as a church, private residence, and vacation retreat at different times. The castle has undergone restoration efforts and can now be booked for stays of a month or longer.

Traveling down the giant live oak-lined lane leading to Boone Hall plantation, you’ll feel like you’ve been here before. This site has provided the backdrop for films like “The Notebook” and “Queen.” Having been open for public tours since 1956, the house was initially built in 1681 by Englishman Major John Boone, who became a prominent figure in Charleston’s development and history.

What looks like a small-scale beach resort is actually a sprawling single family home! A swimming pool and tennis court on site, along an elevator, with ocean views, a private boardwalk to the beach, and expansive upper decks makes every day look and feel like vacation.

Calling all train enthusiasts: It is possible to live on a locomotive. Well, at least the caboose part. The University of South Carolina’s football stadium plays home to 22-caboose, or “cockabooses,” as homage to their mascot, the Gamecock. These once-functioning train cabooses made their home near the stadium in 1990, and have individual owners who use them for camping, parties, and of course, tailgating. Originally sold as empty shells, many owners have given them some TLC and added kitchenettes, beds, bathrooms, and other furnishings to make them feel like home.

Nestled on site of the South Carolina Botanical Gardens, Hanover House takes visitors back in time 300 years and gives a viewing of what daily life was like for our ancestors. The house’s original location was in Berkeley County, South Carolina, about three-and-a-half hours away. During the construction of Lake Moultrie, Hanover House was in danger of becoming submerged, and the decision was made to relocate it. The house now serves as a historic landmark within the gardens, though the current furnishings are not the original ones from the house.

This multifunctional structure has served as a private residence, governor’s mansion, a convent, a school, and other uses throughout its history, and is now part of the Midlands Tricentennial Exposition Center.  The house itself was built in 1818, with construction on the gardens beginning in the late 1830s. The most recent revitalization efforts on the gardens began in 2012 to restore the area to its splendor. Many of the artifacts now found within its walls once belonged to two of the families who owned the place—the Prestons and the Hamptons.

The name says it all—it’s a house shaped like an octagon. But why? One might think this was a contemporary brainchild of a modern architect, but the construction actually dates to 1859. Restoration funds were raised in the 1970s, but were instead used to turn the home into an apartment building. Interestingly, legend says that there’s a secret passage leading from the house’s dungeon to the nearby Laurens Cotton Mills, though no one can confirm it.

The builder of Rock House, Thomas Tolbert, wanted to construct a house impervious to flames. Constructed began in 1922, using rock, concrete, steel, and iron, until Tolbert achieved his vision. But although the house could stand the test of fire, it couldn’t stand the test of time. This house hasn’t been well preserved, and stands crumbling in ruins and obvious vandalism. The lack of care and restoration of Rock House shows just how important and valuable the work of historical societies can be.

Built in 1676, this massive Southern mansion remained in the Drayton family for 12 generations before being turned over to the National Park Services, who then restored the home and gardens. Aside from its sprawling landscapes and beautiful plantation house, legend claims it’s one the most haunted places in the Palmetto State. People report ghostly voices, odd music, coughs, and growling, among other odd occurrences.