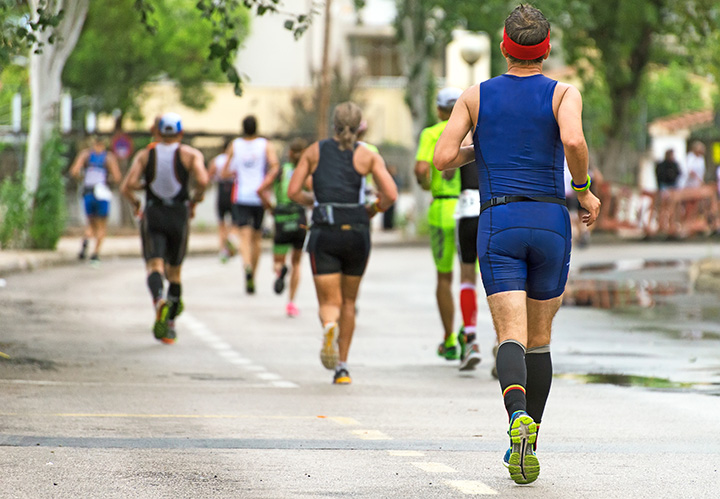 This event is the third largest 10K in the nation, leaving a $30 million impact on the Charleston economy. A Health and Wellness Expo serves as the precursor to the event, spanning the two days prior to the run. There’s also a Taste of the Bridge Run, featuring the local flavors of over 25 restaurants. The folks running the show cap the number of participants at 40,000 (yes, it’s a big deal), so register early to save your spot.

What’s better than running a mile outside during the winter in your underwear? Not much, really. This awesome fun run happens right in the middle of a big bash dedicated to benefit the Children’s Tumor Foundation. Runners strip to their skivvies (not mandatory, but highly encouraged) and take to the streets and beach for a mile-long saunter. Who knew underwear could be so important?

Beautiful Boone Hall Plantation serves as the backdrop to this extreme event, complete with festival afterwards. It’s not called the Rugged Maniac for nothing: participating teams have a habit of donning coordinating costumes as they trek through mud, clamber over obstacles, slip down water slides, and have a crazy good time. Plus, your registration entitles you to one free beer (though you might want to cross the finish line before you redeem your prize).

If a good clean run is more your style, ditch the mud and muck and head to the Resolution Run, a half marathon race to support the YMCA’s Open Doors campaign. You’ve got three hours to go the distance (75 minutes for the 5K), so pace yourself and keep your healthy New Year’s resolutions in your focus.

Since you can’t play in the ocean in the middle of February, you may as well join the party at the North Myrtle Beach Winter Run. There’s no mud, no obstacles, no festival, no foam, no glow sticks, just a good old fashioned clean run around flat, paved streets surrounded by cheering bystanders and well-wishers.

Where the Wild Things Run 5K

Race For The Green

7:00 AM
Mt Pleasant, SC
Learn More
Show More
Select a South Carolina town to find
the Best Things-To-Do and Places To Go around you